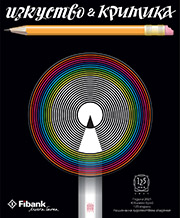 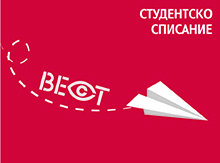 The exhibition is dedicated to the 70th birth anniversary of Emil Mirchev (1950–2017).
30 November – 17 December 2022
Vernissage: 30 November (Wed), 6:00pm
Emil Mirchev graduated from the National Academy of Art, where later on he dedicated most of his professional experience and skills to teaching students in sculpture as a full-time professor. His art encompasses forms of monumental and easel sculpture. He has worked with classical mediums, such as bronze, stone, wood, and ceramics. His works are characterised by an distinctive, idiosyncratic style and carry intelligible aesthetic, moral and philosophical messages.

The exhibition features various works from Mirchev's rich artistic heritage – some of his most iconic and memorable projects, containing ideas, endevours and plastic arts perspectives that form the unique artistic atmosphere and aura of his work.

Emil Mirchev's sculptures prove that he has achieved a synthesis of classical and modern trends. They are multi-faceted in terms of concept and unique in terms of sculptural expression. An impressive characteristic feature is the huge variety of specific solutions while preserving the main perspectives and formal directions of the artist's credo.

Tweet
Back Back to top
All rights reserved © 2008 / 2012 National Academy of Arts. Web design by RIZN